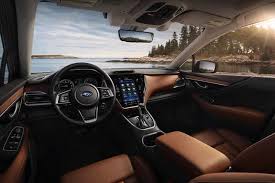 Automakers shift gears to focus on thrill-seekers with high speed

Many automakers, including Tesla and Ford, are trying to bring a whole new generation of electric vehicles on the road. These new-generation vehicles will be faster and more powerful than all the other cars that are currently available in the market.

These companies have spent billions of dollars to produce eco-friendly vehicles. But now, they are changing their potential customers from the environment concerned citizens to the adrenaline seekers.

The EVs have been the eco-friendly alternative to fossil fuel-driven vehicles for the past one decade or so. They were also targeted to meet the fuel economy standards that were set by the government.

Tesla has been the leader in the EV making industry. But as the number of automakers is shifting their heads towards its market, the performance of the EVs has sent the eco-friendly concerns to the back seat.

The brand new Taycan from Porsche delivers an equivalent of 90 miles per gallon in the urban areas. But that has hardly been the topic of discussion. The reviewers of the Car industry are more concerned about the 750 HP that the Turbo S model can provide.

The executive publisher of Cox Automotives, Karl Brauer, said that he had analyzed many newcomers of the EV industry and their positioning, and most of them feel like Tesla only.

He added that Tesla proved the fact that if a vehicle can showcase more performance features than just saving the planet, then the potential customer base increases exponentially.

The instantaneous torque of the EVs is one of its most significant advantages over their Internal Combustion engine counterparts. It helps the EVs to accelerate faster. These vehicles also eliminate the need for rev up of the engines. So they take comparatively less time to go from 0 to 90 miles per hour. The high-end Model S of Tesla gives 762 HP and takes only 2.4 seconds to speed up to 60 miles per hour.