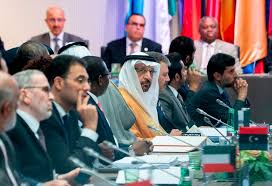 OPEC Meeting to Discuss on Oil Demand and oil Production

The meeting next week by the OPEC and non-OPEC countries comes at a time when the global demand for oil continues to slow down.

As the non-OPEC countries are bringing in a strong supply of oil, the meeting next week will be of significant importance.

Fatih Birol, who is the International Energy Agency Executive Director, will be heading the decisions taken. He says that the supply glut is the outcome of the increasing production by the U.S.

The meeting is to be held next week in Vienna and decisions to bring in further oil cut agreements for the next year will be made.

Production cuts have been the norm in the OPEC + countries, to remove the supply glut in oil production. This may be extended up to June 2020 or may prolong even further to the end of the year.

The global economic slowdown has hurt the demand for oil, bringing in a drop in production by key countries. The trade war between the United States and China has hurt global trade breaking the world supply chain.

In its Oil Market Report, the IEA says that there will be a strong supply of oil in the first half of 2020.

Crude oil prices are at its two-month high levels and ministers from OPEC countries and Russia will be deciding on the ongoing 1.2 million barrels per day cuts. This production cut will last until March and further decisions will be made in the meeting next week.

Saudi Arabia has brought the highest production cut so far. Currently, Saudi Aramco is on its initial public offering and Saudi Arabia expects an increase in oil prices.

Alexander Novak the Russian energy minister is not in favor of bringing in further production cuts. However, it is said that President Vladimir Putin is for decreasing production and moves along with the OPEC countries.