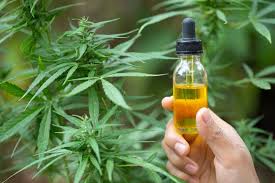 The FDA is investigating the level of contaminants in CBD as it is said to contain pesticides, THC and heavy metals.

However, it is found that it has become a part of food, drinks, cosmetics, consumer products, and other similar items. The safety of CBD usage is still not proven. Though considered safe, it is not backed by scientific research.

But it is said to increase drowsiness and cause sedation when it is taken along with depressants and alcohol. It is also said that it may cause liver injury. Some have witnessed changes in mood and gastrointestinal problems related to usage of CBD containing products.

People have wrong notions about CBD products available in the market. They consider it safe for use especially as it is taken to treat ailments such as pain and anxiety, which may cause side effects.

A letter of warning is issued by the FDA to some CBD companies for illegal advertisements of their products which say that it treats diseases.

Consumers are issued a stern warning by the FDA that CBD has the potential to harm its users. It has stated that it cannot be considered safe for use in animal and human food, as there is not enough scientific evidence against its use.

Certain states do not allow the sale of marijuana. Companies that sell cannabis try to break through such states through the CBD market.