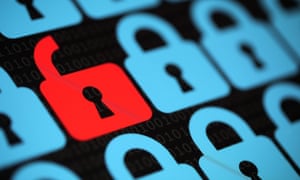 This time in 2018, the Australian Labor Party waved via the encryption Bills of the government, officially dubbed as the Assistance and Access Bill, and eliminated the line that kept the country secure. “Let us just make people in Australia secure over Christmas,” Bill Shorten, then Labor leader, claimed. “It is all about placing people first,” he added.

Fast forward to this month (after losing an election in May), the opposition has made a decision it needs to launch legislation to “solve” the laws of encryption. As long as the government majority sustains, and there are no hints it might not, then the law will pass away on the floor of House of Representatives.

“The Morrison government have not kept their commitment to Australia’s tech industry and by being unsuccessful to alter their encryption rules—putting a brake on the digital economy, and hampering the creation of productivity, jobs, and growth of the economy,” Mark Dreyfus (Shadow Attorney-General), Senator Kristina Keneally (Shadow Minister for Home Affairs), Tim Watts (Shadow Assistant Minister for Cybersecurity), and Michelle Rowland (Shadow Communications Minister), claimed to the media.

Labor waved through Parliament the Bills after seeking guarantees that the government might deal with the changes this year.

In a performance suggestion of Charlie Brown making an effort to kick a football, the management was victorious in stranding amendments to Labor before the election in May.

“A bulk of the Senate voted for those alterations but the government, which still sustains that this rushed legislation is ideal, has closed down debate on those changes, and hence, unfortunately, we will not be capable of passing them prior to the election,” Dreyfus claimed at the time.

He claimed that Labor might follow its now stranded changes in management—which smartly never took place—as well as need authorization from a judicial official so as to launch a Technical Capability Notices or Technical Assistance Notices.