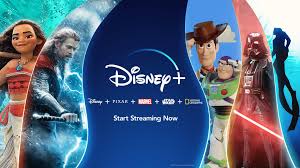 Disney+ proves to be a huge success upon launch

Disney+ has turned out to be a major success upon its launch as per those who observe the markets with the streaming service garnering over 22 million downloads of its app ever since it launched on 12th of November.

A firm that tracks the apps known as Apptopia has claimed that Disney+ has as many as 9.5 million mobile users who are active every day and has been able to register the top spot on the app stores of both Google and Apple.

Although, the tracking firm’s data is not inclusive of the numbers which come from Roku boxes, desktop browsers, Apple TV or smart TVs, Disney’s spokesperson has said that the app has been signed up on for over 10 million times from the desktop computers, smart TVs and the mobile devices.

The site has also added that the launch of this app didn’t have an affect momentarily on the traffic of Netflix and their rivals have been able to gather the normal levels of volume. There are still speculations though about whether Disney+ is going to be able to sustain its success into the future.

Disney for now hs been offering extremely low levels of price to its customers as it offers a trial period offer of seven days for all the users and also offering a complete year free for the Verizon customers who will also get data plans that are unlimited and also the new subscribers of Fios TV, there is a major likelihood that the price of the subscriptions are going to rise in future which is going to affect the customers who are budget conscious.

Disney is going to reveal their numbers of streaming in the next quarter’s reports.