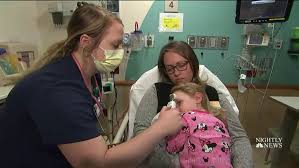 The flu season of 2019-20 has followed two consecutive seasons of flu which have been bad in an unusual way. The key indicators have not been any positive unfortunately and have shown that this season is also not going to be any different.

The season as per the experts is off to an early start and the start has been earlier than any other season in this decade. The experts are saying that for finding active transmission of the levels that they are facing for the month, they would have to go back in time till 2003.

In the previous year the levels of ILI in the country had been above the normal baseline for 21 weeks consecutively and this was the longest season of being above the baseline since such records had started to be kept by the CDC in the 2007-08 seasons.

The season which is highly active however has already been five weeks ahead of the first week which was above the baseline and had not occurred till the 49th week. Over half of the U.S. states are at a level of risk which is the highest in the previous decade for this particular week.

The other characteristic of the flu season for this year is the strain of Influenza B and it is appearing at an unusual level and at intensity levels which are also unusual.