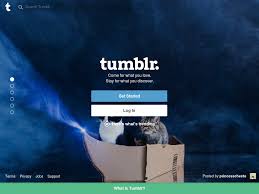 With the 2020 presidential elections in the US which are to happen this year there is widespread speculation and concern among the Americans that people from other countries with malafide intention may use social media as a means to spread misinformation and cause civilian unrest in the country.

So, Tumblr has come out with an internet literacy campaign to help the users to identify suspicious activity and fake posts.

Tumblr and a non-profit internet literacy organization in the UK named Ditch the Label in partnership developed the World Wide What. There are six informational videos in the campaign that makes the people using Tumblr aware of topics like fake news and posts and authenticity of a post and educates the people on cyberbullying. The videos are targeted at the parents and teachers and these videos will have GIFs, texts and lots of memes.

Tumblr CEO Jeff O’ Onofrio told the media that the sole purpose of the launching of this campaign was to make people aware of cyberbullying and how to handle these circumstances. The videos also show how a difference in culture and society can also lead to a rise in conflicts.

He further added that the videos are in the form of GIFs because it would seem to be more educational and be more relevant to the audience. He also told that this year was chosen to launch because of the upcoming presidential elections.

It is widely known that how the Russian intelligence had made use of social media like Facebook, Twitter and Tumblr to spread misinformation during the 2016 presidential elections.

Back then Tumblr acted on the situation by posting a blog on how the fake accounts looked like and how they spread the fake news and how to identify them. With the use of GIFs the users can learn about misinformation without leaving the site.