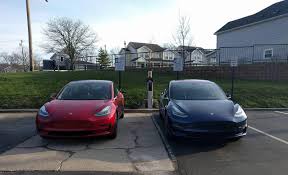 The stock of Tesla has been soaring in the past few weeks as has been reported everywhere and it is now more than what the stocks of General Motors and Ford are combined. In real terms it is nothing that means a lot except to the shareholders of Tesla, their CEO Elon Musk and the people who have been shorting the stocks of Tesla or betting that it is going to be a failure.

There are people who are in a separate set and are paid for grading stocks and advising the investors on whether they must sell, buy or hold the stock.

One of the analysts who had picked up the wrong time to downgrade the electric car manufacturer is now regretting his decision and is giving credit to Elon Musk but still doubts whether the company really deserves the valuation which it has.

Joe Osha says he wishes he would not have done it and has said that his decision of cutting Tesla to the level similar to hold from buy on 3rd of October was not a very wise one.

At first this move looked like it was a shrewd one as the shares of Tesla had seen a slump that day by 4.2% after the reports of Tesla quarterly deliveries falling short of the number which had been hyped up by their CEO a week ago. However, later that month, Musk shocked the markets by showing a profit plus progressing towards the building of a plant in China and bringing his next electric vehicle Model Y out.

The stocks of Tesla since then have more than doubled since then and have been closing at record numbers thereafter.