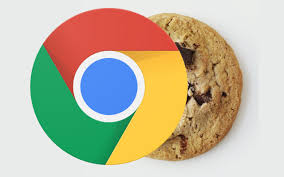 Google Plans To Remove Third Party Cookies From Chrome By 2022

Google says it is planning to remove one of Chrome’s tools that allows companies to track user online. The announcement was rather expected with Chrome’s major competitor Mozilla Firefox already getting rid of cookies to make it a more user friendly browser. Google Chrome’s director of engineering, Justin Schuh stated that the company will adopt a cautious approach and will give itself time to come up with a plan to remove cookies in such a way that it provides users with the maximum security without affecting the ad industry it heavily relies on.

Cookies are like user’s online IDs that allow websites to remember who you are. While cookies are an integral part of the internet, they also make a user’s internet experience a little creepy as it allows advertisers to track user activities online. Schuh also underlined the fact that a straightaway dismissal of cookies can lead to other opaque techniques like fingerprinting which might end up resulting in a threat to user privacy. Google Chrome has a much wider user base than Mozilla Firefox and Apple Safari and hence, any move it makes will have a much greater impact on internet users comparatively. Google said it might take a lot longer than the planned two years as it is also considering taking suggestions and approvals from leading publishers and advertisers.

Talking of browser updates, Microsoft has made a major shift from Internet Explorer as it released its all new Edge Browser on Wednesday. Very much against its usual practice, Microsoft will allow users to add extensions to the Edge Browser from Google Web Store and use them as they would in Google Chrome. Not just that, the browser is built on Chromium itself and also allows you to sync your Google account in it.