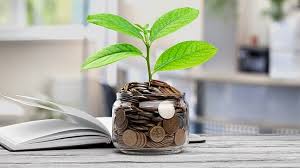 This week at the WEF (World Economic Forum) which is taking place in the city of Davos, finding a place for the investment of their capital is the most significant problem being faced by the wealthy investors as well as the fund managers who are attending this event as per a prominent finance player in the United Kingdom.

The world of investment has been suffering from the interest rates which have been kept ultra-low and the sluggish levels of growth. There has been a dip in the bond yields and a lot of the experts feel that the biggest gains in the equities have been made already. This Monday, the IMF has made a forecast for the global rate of growth to be 2.9% for the year 2019 and for the year 2020 to be 3.3%. This is a reduction in the estimates which had been made previously.

Martin Gilbert who is the outgoing vice chairman of Standard Life Aberdeen, the British company engaged in investment has said that in spite of the concerns regarding growth, there is stability in the market. For the large investors, he said that the decision on where capital must be allocated is primarily the concern.

Gilbert claimed that the biggest problem he feels with people are facing is where their money should be invested which is a common issue among the investors.

He felt that the only class of assets which worried him slightly when it comes to the lofty valuation had been the government bonds. He said that the stocks, property as well as the high-yield credit had been looking reasonable.

The present trend for the wealthier investors was to move into the private markets and out of the public markets.