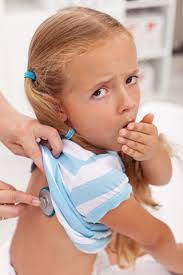 The school hadn’t been identified in the statement which had come from this district on the morning of Wednesday. The spokesperson of the district, Tanya Southerland had said in through a text message that the parents in the affected schools have been notified directly.

The disease is one which is highly contagious and is a respiratory infection which may cause a lot of serious complications specially in the children who are younger. This spread of this disease takes place through the respiratory material that has the bacteria of a person who is infected when he coughs or sneezes.

This district has been asking the children and their parents or guardians who are experiencing these symptoms to go to their nearest healthcare center and see whether they are actually dealing with a whooping cough case.

The district said that the person who is infected should make it a point to stay home till the disease has been cured or they have received the course of an antibiotic for a minimum of five days as per the statement from a district.

It is imperative too that the staff who might have the disease stays home.

The disease in its early stages appears to be similar to that of common cold though with the development there are cough fits which may become severe and stop a person from eating or sleeping in a normal manner.

The symptoms begin usually 5-10 days post the exposure to a person who is infected.