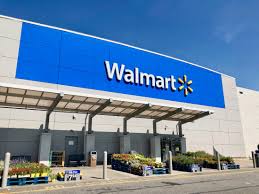 Walmart has announced that it will be testing higher wages for employees working in the hourly positions to help improve the quality of service and to better empower its staff. The company stated that they will be increasing the minimum hourly pay to USD 12 per hour across 500 of its stores beginning in February. The workers employed at these roles will be trained for handling additional responsibilities apart from their regular tasks assigned by the manager.

Walmart and other major retail chains in the United States are struggling to hire competent employees for their stores and have thus been forced to raise the daily wages to attract a better workforce. While Target is currently offering USD 13 per hour and plans to increase it to USD 15 per hour, Amazon is already leading the pack with USD 15 per hour for its entry-level employees. Walmart has around 4,700 stores across U.S. making it the country’s largest private employer. A raise in pay from Walmart will thus be a major improvement for many Walmart hourly wage workers in the country. Analysts have come out applauding Walmart’s move that not only raises the hourly minimum wage but also aims to provide efficient training that will help the employees have better retailer skills.

Talking about Walmart, the company has appealed the 9th U.S. Circuit Court of Appeals against a district’s court judgement that asks the company to pay USD 54 million in backpay to its California truck drivers for layovers. The appeals court has already upheld the decision once on 6th January that awarded drivers a compensation for layovers, pre-trip and post-trip inspections, and rest-breaks. Walmart filed a new detailed appeal on 21st January that proves the appeals court erroneous on certain issues in the judgement.