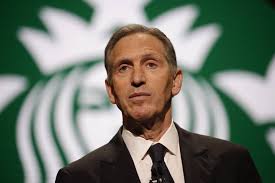 The CEO of Starbucks, Kevin Johnson has been seeking to tamp the concerns down on Wednesday about the impact on the business of his coffee chain giant of the coronavirus.

He said that they have been in China for 20 years and they realize that this is nothing but an issue which is temporary and needs dealing with. He said that they were making an attempt to do so responsibly by prioritization of the health as well as well-being of their partners at Starbucks.

The coffee chain had closed over half of their locations in China as the country is battling the spread of the deadly virus. Johnson has called this situation one which is very dynamic and stressed that wherever there is a concern all the stores are going to be closed.

He said that they were dealing with this on an everyday basis. The shares of the company had been trading downwards by over 2.5% in the early hours of Wednesday after the company had beaten their expectation of earnings. They did caution though that the virus is going to alter their earnings in the first quarter of the fiscal year 2020.

On Wednesday, the company said that they had planned to raise their guidance.

However with the virus spreading, they were feeling that it was in the best interest to understand the implications in a better manner and be transparent about it with the investors. The number of cases which have been confirmed has reached a level of over 7700 and there have been over 170 deaths due to the virus.