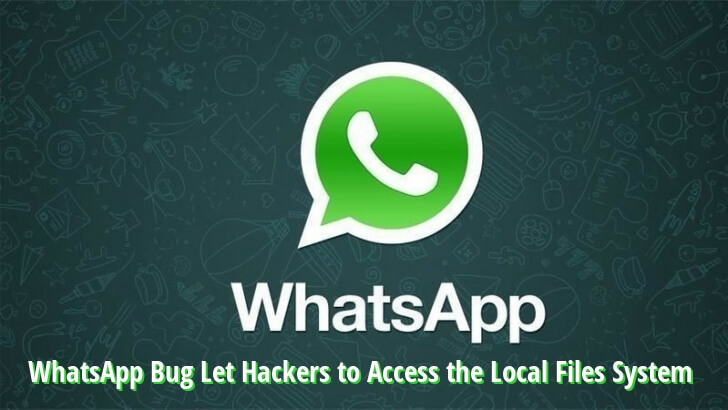 WhatsApp’s encrypted messaging might provide good user privacy but the app’s own security remains as weak as any other app. A recent vulnerability exposed publicly by Gal Weizman, showed how the desktop versions of WhatsApp are prone to attacks that can allow hackers to install malware or read the content on the app like messages or photos by simply sending encoded messages that look like normal texts. According to the report, the bug has already been exploited by hackers to gain access to user files and system. The attackhowever does involve user interaction which means that the basic ethic of not opening random messages from unknown users could well keep you safe from the attack.

WhatsApp has been quick to address the issue and has already released a security patch back in December to fix it. The desktop versions of WhatsApp earlier than 0.3.9309 and 0.3.9309 itself are not secured against the possible attack. Users are thus advised to update their WhatsApp desktop app if they haven’t done so already. The updated version of WhatsApp for both Windows and Mac is already up on WhatsApp’s official website. The full details explaining how the attack can be executed and why the bug came up are available inArsTechnica’s report that originally pointed out the vulnerability.

WhatsApp recently released one more update that had a pleasant surprise for the iPhone users. In its latest beta version for iOS, WhatsApp showed glimpses of dark mode that indicated the arrival of dark mode in WhatsApp on iOS as well. WhatsApp dark mode for Android was also witnessed in the app’s beta version almost a month ago. While most of the major apps have included dark mode for both iOS and Android, WhatsApp users still await for it.