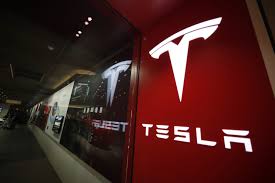 Tesla is planning a common stock offering worth $2 billion and this is an announcement which has come only two weeks after the CEO of the company Elon Musk had said that the carmaker is not going to take the advantage of their surge in the stock price for the raising of more capital.

Tesla’s shares had fallen initially after the announcement as they dropped by close to 6% in the premarket trade. The stock however had reversed these losses, climbing by 4.8% as the investors and analysts have cheered this move a way for the shoring up of their balance sheet and a further possible expansion plan. The shares had closed at a level of $804 per share after it had hit a level of $818 in the intraday trade.

Musk is himself going to buy $10 million worth stock in their offering while the board member of Tesla, Larry Ellison is going to purchase close to $1 million. This company is going to offer as many as 2.65 shares of Tesla through the underwriters Morgan Stanley and Goldman Sachs with the projected gross proceeds of $2.3 billion prior to expenses and discounts.

Tesla has said that their plans are of using the proceeds for further strengthening their balance sheets and for the general purposes related to corporate.

The analysts have praised this announcement and said that this is going to be difficult for the skeptics of Wall Street for making their case.

They feel that this is a move which is strategic and is going to take any scenario of doomsday around the cash crunch off this table.