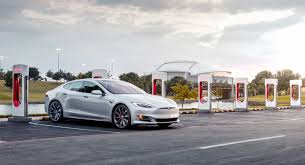 Tesla stock went on a roller coaster ride on Thursday after the company announced it will be selling out shares worth USD 2 billion dollar in public offering. The day began for Tesla with a 4 per cent drop soon after the news was announced by the company. However, things turned around drastically as the shares ended the day at 804, 4.8 per cent higher. Tesla’s shares had been on a phenomenal run in the stock market since the last 10 weeks before taking a historical 17 per cent dip of late. The recent public offering has brought back the projection of Tesla shares breaching the USD 1000 per share mark soon.

The day had more in store for Tesla as it was revealed that the company will be encountering another S.E.C investigation. The Securities and Exchange Commission of the United States has summoned Tesla to appear before court to reveal financial details about the company’s previous financial transactions. The new investigation brings an end to one old investigation against Tesla initiated back in 2017 against the company’s projections and statements of its Model-3 sedans. The recent subpoena asks Tesla to disclose its financial arrangements.