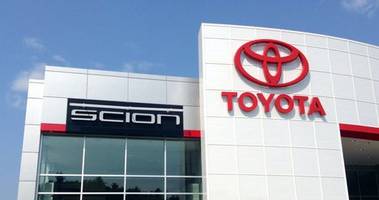 Toyota Motor Corp. had to keep all of its production plants in China shut down for an extended period due to the devastating coronavirus outbreak in the country after closing them down initially for the Chinese Lunar Year holidays. The company has now announced that it will partly resume operations in three of its four plants this week. Kensuke Ko, a Toyota spokesperson, said in an email, as reported by Bloomberg, that the two plants in Guangzhou and Changchun will restart on 17th February while the one in Tianjin will resume operations a day later on 18th February. The fourth plant in Chengdu will resume operations next week due to some undisclosed reasons.

The plants were expected to resume normal operations post the Lunar New Year holidays from 3rd February, before the coronavirus outbreak delayed it to 9th February, which too got delayed to this week. Almost every carmaker’s production has been affected by the outbreak as companies find themselves falling short of spare parts. The virus has not just affected the Chineseeconomy but has left a dampening effect on markets all across the globe. Honda Motor Corp. also indicated that it will resume operations in China during the week starting 17thFebruary.

The Chinese government headed by Xi Jinping is now under criticism after state media published a speech by Xi Jinping from February 3rd. Xi Jinping stated that he began fighting the coronavirus from the start as he gave instructions on January 7th to fight the virus before calling for the shut down of cities at the epicenter of the outbreak on January 23rd. He is now being questioned as to why the possible outbreak was not informed to the public across the country sooner.