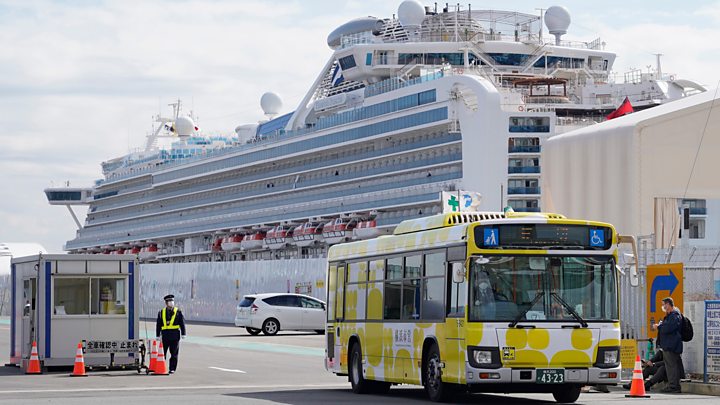 The passengers from a cruise ship that is known to have been hit with coronavirus have been transported to the US Air Force bases.

It is estimated that there are several hundred passengers of the two flights combined who will be kept in isolation for quarantine purposes for 14 days. One of the flights landed on California US Air Force base while the other one landed at the Texas Air Force base.

The total number of Americans onboard the Diamond Princess is estimated to be 400. The ship was carrying 3,700 passengers and crew members are in quarantine in the military bases since February 3.

Meanwhile, the deadly coronavirus is taking its toll in China. In the latest outbreak there have been 2051 new cases in the past 24 hours.

94% of the cases have been reported from the Chinese province of Hubei which is being considered as the epicentre of the deadly virus attack. The total number of cases alone in China is said to have crossed the 70,000 mark with the total death tally soaring to 1,771. The most number of deaths have been reported in the city of Wuhan which is the largest city in Hubei province.

Around 300 passengers have been repatriated back to the US. Out of these 14 have been found to be positive for the virus. They are currently being kept in a separate facility from the other passengers. They are expected to undergo a 14 day quarantine procedure in addition to the time they have been kept confined in the ship.

According to the officials 13 of them have been transported to a special facility in Omaha at the University of Nebraska.

There at least 40 more passengers who have already shown the symptoms of the disease and have not been repatriated to the US. They will undergo treatment in Japan.