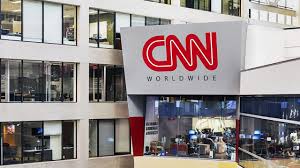 CNN Agrees To Pay $76m To Settle A LaborDispute

CNN has agreed to pay USD 76 million in backpayas part of a settlement with the federal labor board regarding a labor dispute. The dispute claimedCNN’s termination ofcontracts of unionized camera operators back in 2003 as unfair. The settlement is stated to be the “largest monetary remedy” in the history of National Labor Relations Board and is expected to benefit over 300 people. Peter B.Robb, general counsel, cited the settlement as a demonstration of NLRB’s commitment to serve justice to workers who were treated unfairly.

The dispute began in 2003, when CNN broke ties with a unionized subcontractor, Team Video Services, by replacing technicians and other support role workers with new employees without any consideration from the two unions that represented the workers from TVS. The two unions involved were the National Association Of Broadcast Employees and Technicians and Communications Workers Of America, both of whom joined hands to file a dispute against CNN. After initially declining to comment, a CNN spokesperson did release a statement saying “we are pleased to have resolved a long-standing legal matter”. The length of the dispute did last for over a decade and has thus impacted the amount that CNN has got to pay now to settle it.

Talking of labor disputes, the much hyped labor dispute with a builder working on the Concord Naval Weapons Station has brought the construction work to a halt. The Concord City Council will decide on the dispute this Tuesday and could well create an uncertainty on the future of the entire project. In case the labor dispute is accepted and resolved, the builder will be put out of work and the future of the project will come to a halt. In the first phase of the project, 13,000 housing units were to be added.