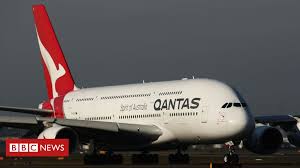 As the coronavirus takes its toll in Asia it could also hamper the earnings of the airline companies. Australia’s leading commercial air-carrier told that it is estimated to take a hit of 150 AUD. Air France KLM also told that it may have to see a hit in revenues of up to 200 million Euros.

Both airline companies have come out with their policies to prevent the spread of the respiratory disease caused by the mysterious virus which has taken toll of hundreds in Asia already and is in danger of becoming a global endemic.

Air France has banned all Chinese flights up to the end of March while Qantas told that it will reduce the number of flights in Asia by 15%.

There is a growing concern among the companies across sectors that the coronavirus may also pull down the global economy.

Representatives from Qantas told that it is expecting a minimum cut of 100-150 AUD for the financial year due to the spread of coronavirus. It has already suspended all its flights to China. The demands for air travel had also decreased from adjacent countries like the Hong Kong Singapore, Japan.

The company has also asked its employees to use their leaves and also plans to stop all recruitment activities for the time being. It had also cut the capacities of the airplanes flying to locations outside of China by half.

Air France had stopped all its fights for Chinese mainland.

In another major hit to the aviation industry due to the virus outbreak China is vying for control over the HNA group and sell its airline assets. The move comes from the firm that is based in Hainan province as it is struggling financially. HNA either directly controls or has stakes in many airline companies. It will be one of the major steps taken to control the economic downfall due to the outbreak.