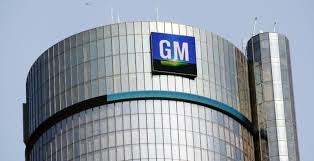 According to a government official’s statement, General Motors will start off-boarding all 1,500 of its employees in Thailand from June this year after the company announced sale of all its production plants in the country. The statement was released on Wednesday, two days after the company had announced it will be selling its two plants in China’s eastern province of Rayong to China’s Great Wall Motors. The recent shut down in Thailand follows a wind up of operations in the Trans-Tasmanian countries, Australia and New Zealand, as the company tries to concentrate all of its focus on the American business.

While detailing the deal between Great Wall Motors and General Motors, Jack Punchoopet, Minister Of Labour’s advisor, stated that all the employees would be laid off by the end of 2020 as per the agreement between the two companies. The deal does not include transfer of the workforce and only concerned with the sale of plants. Abiding by the Thai employee law, General Motors will give severance pay for all the employees being laid off along with a four-month bonus as well. The companies are expected to lay off around 1000 employees from the auto parts manufacturing line first by June, followed by another 400 from the assembly line by October, and then the remaining by the end of year, Punchoopet said.

General Motors have made some announcements recently to streamline its international operations. The announcements include the winding down of operations and sales in Australia and New Zealand, apart from shutting down a plant in Thailand. The company also announced that it will be ending the Holden brand by 2021. Before that, the company had already wrapped up operations in India, by selling its production plant to Great Wall Motors and Technical Centre to TCS.