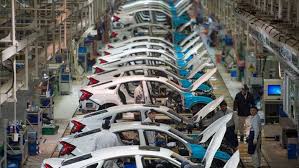 Honda To Shut Down Its Production Facilities In Philippines

Continuing with its struggle against operating on an international scale, Honda Motor’s Philippines unit announced on Saturday that it will be shutting down the production facilities from next month. The statement released by Honda Cars Philippines Incexplained that the production plant in Laguna will shut down next month, but the company will continue to offer sales and after-sales services through its regional network. Honda, Japan’s third-largest automaker has seen a drastic dip in its popularity during the last two years as suggested by themassive decline in company’s profitability during the said period.

The production plant in Laguna houses a work force of around 650 and has been in operation for nearly 27 years since its inception back in 1992. The plant manufactures the Honda City and Honda BR-V cars, and the number produced each year was significantly low when compared to other such plants in Thailand or other Southeast Asian countries. The government launched an incentive program in 2015 but failed to increase the local car production.Ayala Corp and Rizal Commercial Banking Corp have been the two local partners for Honda in Philippines. The company said it is focusing on distributing resources according to the customer needs and will concentrate its focus more on other production plants across Oceania and Asia.

Talking of the quality issues that have plagued Honda of late, the company recently announced yet another recall, this time of over 241,000 Odyssey minivans. The recall was announced as there was a risk of fire catching up in these cars due to an intermittent electrical short that could end up overheating the wire harness. According to the documents filed with NHTSA, Honda will be recalling 241,339 Odyssey Elite, Touring, and EX-L models manufactured between 2018 and 2020.